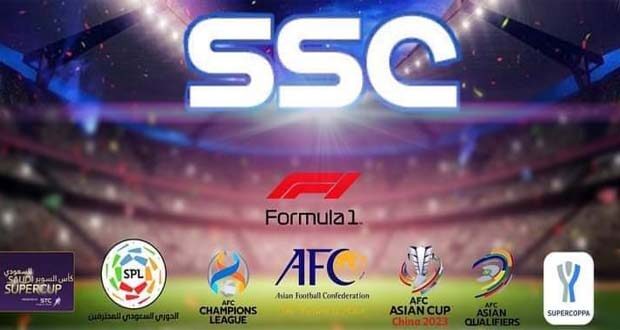 The new channels will air football competitions in the Kingdom, including the Kings Cup, Prince Mohammed bin Salman League “Saudi Professional League” and Saudi Super Cup for the 2021-22 season.

In addition to that, other games, sports competitions and international sporting events hosted by the Kingdom will also be broadcasted on 7 HD channels, that will be freely on-air in SD quality.

As part of the contract, MBC Group will provide support in launching and operating the new satellite channels under the SSC’s name. It will also be responsible for the digital broadcast of these channels through its streaming platform, Shahid VIP.

The announcement of the deal came after the Saudi Professional League and the Saudi Football Federation signed an agreement with the SSC giving the company satellite and digital rights for the Saudi sports competitions for the coming season.

Deal between Saudi Sports and AFC includes AFC Asian Qualifiers for the FIFA World Cup Qatar 2022 and the AFC Asian Cup China 2023 as well as the AFC Champions League.

The Asian Football Confederation (AFC) has signed an exclusive deal with the Saudi Sports Company for the media rights of the AFC Competitions covering the Kingdom of Saudi Arabia for the commercial cycle 2021-2024.

The deal gives the Saudi Sports Company exclusive rights in Saudi Arabia to broadcast the AFC’s major National Team and Club competitions, including the AFC Asian Qualifiers for the FIFA World Cup Qatar 2022 and the AFC Asian Cup China 2023 as well as the AFC Champions League.

Saudi Sports Company will initially showcase all competitions through their GSA over-the-top (OTT) live platform service before broadcasting via satellite on television channels in the last quarter of 2021, with more details to be announced in due course.

Under the agreement, the Saudi Sports Company is committed towards leveraging on the latest available technology to bring top-class action to fans within the Kingdom of Saudi Arabia to attain the goals of the Kingdom’s Vision 2030.

The Saudi Football Association also announced that all matches of the Saudi League will be broadcast free of charge via the new channel network SSC Sports, with SD technology for the public.

The Saudi sports company SSC, owner of the new SSC Sport channels, explained that whoever wants to watch matches in HD quality, must subscribe to one of the two packages announced by the company.

It is Sports on Shahid VIP, which allows you to enjoy a package of sports channels on Shahid VIP in HD quality with a monthly subscription of 57.99 SAR.

Second: The sports package on the VIP level and on the GOBX device together

As for the second package, in the name of Sports on Shahid VIP + GOBX, you can get it for a double subscription that allows watching the sports channel package on the GOBX device in addition to the package of channels on the Shahid VIP platform together, with high-quality HD image technology, for a monthly subscription of 74.99 Saudi riyals.

As for upgrading the subscription for existing VIP Shahid customers, they can upgrade their subscription to get the SSC sports channels package through Shahid website https://shahid.mbc.net