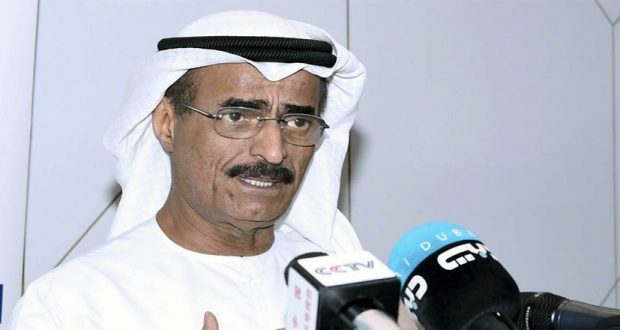 The UAE will introduce tough rules to protect abandoned seafarers, clamp down on ghost ships in its waters and allow 100 per cent foreign ownership of maritime companies.

The new measures, revealed on Sunday, are part of the UAE’s draft maritime law, which is set to come into force by early next year.

new legislation will also allow people to register vessels under the Emirati flag and establish a new dispute mechanism to relieve pressure on the courts, while a new maritime development fund aims to support citizens who wish to invest in the sector.

A “maritime navigation chamber” to represent the interests of the private sector will also be formed.

Full foreign ownership of companies will apply only in certain cases, however, and will be subject to the UAE Cabinet’s regulations set out last week. That stipulated that a final decision on the percentage of foreign ownership rests with each emirate.

Speaking on Sunday, Abdullah Al Nuaimi, Minister of Infrastructure Development, said more details about the law would be revealed in the coming months and that it has been in the works for the past two years.

The “new maritime bill” will completely overhaul the 1981 law, which he said was sorely in need of updating.

“Since then the law has moved on,” said Mr Al Nuaimi, who is also chairman of the Federal Transport Authority-Land and Maritime.

According to Al Nuaimi, preparation of the first draft of the law took more than two years, as the FTA was careful to make comparisons between all parts of the law and the laws of the maritime transport advanced states, in order for the texts of the law to mirror the latest developments.

“The FTA has sent the draft of the law to all relevant federal and local authorities, and it held workshops in the regard. Several authorities replied with visuals, and we are still waiting for the replies of the remaining authorities in order for FTA to move forward and complete the remaining constitutional and legal procedures necessary for the promulgation of the law,” said Al Nuaimi.

“We expect to complete everything by end of this year and the law will come into effect at the beginning of next year.”

The new law, which is being prepared based on a field study on current problems facing the maritime industry, provides a number investment incentives for those who would like to make maritime investments such as the introduction of a full chapter on maritime investment and the incentives of maritime investors. This includes the ability to own maritime companies with full 100 per cent capital, register vessels under the state flag and the establishment of a new maritime development fund to support citizens who want to invest in the maritime sector, whether material or directional and guiding support.

“It gives effect to the biggest conciliation and arbitration system to accelerate dispute settlement and reduce the pressure on courts.”

The articles of the new law include a proposal for the establishment of a maritime navigation chamber to represent the interests of the private sector, such as companies and vessel owners, and for this chamber to become a member of the International Chamber of Navigation.

The law also includes texts that enable the FTA, state ports and other competent authorities to address the problem of the vessels, which are left and abandoned in regional waters, provide greater protection to the rights of seafarers and set out requirements for maritime education and training.

The new bill is consistent with the provisions introduced by the international conventions, which are developing quickly and continuously. It also includes an extensive update of the traditional rules of maritime legislations, such as rules relating to maritime collisions, assistance, insurance and passenger and goods transport.